Catana Starks became the first African-American woman to coach a men’s NCAA Division I golf team when she was hired by her alma mater Tennessee State University, a historically black college in Nashville.

From the Rough: A true sports movie. 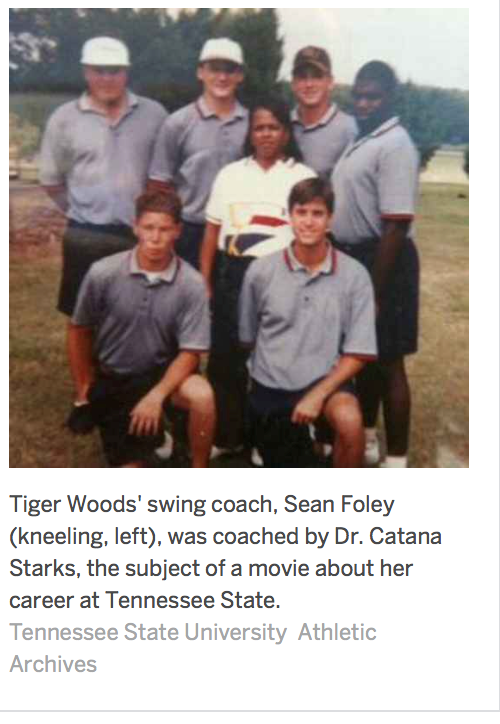 In 1986, when Tennessee State joined the Ohio Valley Conference, former athletic director Bill Thomas traded the school’s swimming program for a men’s golf team. Catana Starks was asked to steer the new squad. She didn’t know at the time that she would end up making history.

Catana Starks had been the men’s swimming and diving coach for TSU. She didn’t have any experience coaching golf. However, she accepted the challenge of building the program and devoted herself to making it as strong as possible.

I was hired to teach,” reports Starks, who later became the head of Tennessee State Human Performance and Sports Sciences department. “They asked me to return to teach and that’s what I was doing. I was asked to take over the men’s swimming and diving teams. I did that for a couple years and we joined the Ohio Valley Conference. I had started playing golf when I was teaching and coaching high school sports in Saginaw, Mich. I learned to play golf from other people. I learned even more once I got to Nashville.

My first golf team consisted of two injured football players, two other guys and one girl who was permitted to play with us. I started out with that and they were all African Americans. It continued on, and then I started getting other interested players from other ethnic groups. Eventually it evolved into having some international students,” she stated.
Starks led the TSU golf team to the Minority Golf Championship in 2005, which was her final year of coaching. Well-known golfers played for Starks and were nurtured by her expert leadership. She coached the following: Canadian Sean Foley, who is currently Tigers Woods’ swing coach; Sam Puryear, the first African-American men’s head golf coach in any major conference; and Robert Dinwiddie, who was an All-American at TSU and is now a member of the European Tour.

“I’m really blessed,” said Starks, a Tennessee State alumnus who was a classmate of Olympic track and field star Wilma Rudolph. “I thought it was a really great honor. I’ve received a lot of emails from people I’ve taught. Students have read about it. It’s a wonderful experience. I never once thought something like this would happen.”

Starks didn’t set out to be a celebrity or to receive national attention for being a pioneer.

“Coach Starks has a Ph.D.,” Foley said. “She’s well educated. I used to sit in the front of the bus with coach. We would ride for hours and hours. She always saw something in me. She always knew I was going to do special things in some form. She didn’t know what I was going to be. As I get little older, I look back on Coach. She was so impressive. I should have spent more time trying to figure out how she did it all. To see what Coach accomplished and became a professor at the university and all that stuff is really something.”

That kind of stuck with me. My parents were educators. She was telling me the same stuff my parents were telling me all these years. Coach was great. She kept us focused. We played in good events. She fought for us to get better equipment, better tournaments and the whole nine yards. I think it’s great that they’re going to have a movie on her. She touched a lot of lives in a lot of ways.”

In addition to Foley, Starks coached Sam Puryear, the first African-American men’s head golf coach in any major conference. Puryear took the reins at Michigan State in 2007 and in 1991 he was the captain of the Tennessee State team after playing four years for Starks. 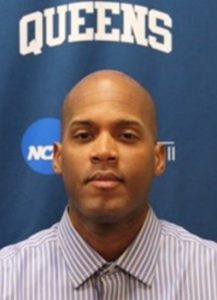 “Sam was an outstanding player,” Starks said. “He was the editor of the school newspaper. He made dean’s list every semester. He was a wonderful student-athlete. You never know what they may end up doing. I would have never known Sean was going to do what he’s doing now. He has always been a very even keel person.

“She stayed on us,” Puryear said. “At the end of the day, she was always there to support us. The biggest thing — and it happened when I first got there — she said, ‘Hey, you’re going to get a great education.’ That kind of stuck with me. My parents were educators. She was telling me the same stuff my parents were telling me all these years. Coach was great. She kept us focused. We played in good events. She fought for us to get better equipment, better tournaments and the whole nine yards. I think it’s great that they’re going to have a movie on her. She touched a lot of lives in a lot of ways.”
Robert Dinwiddie was our first All-American. I wanted to get a player invited to the NCAA tournament as an individual and that was him. I had quite a few players who didn’t go into golf as a profession that are doing excellent in their chosen careers. I’ve had lawyers and one young man who has his own pharmaceutical business.”

Starks adapted quickly and successfully to coaching men. She proved quite effective at building a solid program. She also picked up a lot of knowledge from other college coaches.
“I never had a problem with it,” Starks recalled. “There were quite a number of coaches in the Ohio Valley Conference that accepted me. So, I just learned from a lot of people. I started reading a lot of things and being a member of the Golf Coaches Association and all those things really helped me understand the things I needed to do,” she added.

Diligence and hard work paid off for Starks. In 2005, she led the Tigers to the National Minority Golf Championship, which happened to be her final year of coaching. It was a huge accomplishment.

“We set a record [by shooting 840 as a team],” said Starks, who has raised a son, has four grandchildren and one great grandson. “It was so wonderful to have this experience. That was great for us. We had so many guys who played well over those three days.”

Starks is aware of her notable influence on other young women thinking about coaching as a career.

“I just think there is an opportunity to try to get more African-Americans in professional leagues to challenge these positions that are available in high school and college,” she said. “I hope people can take the initiative to develop these young ladies to become head coaches somewhere. It’s not just basketball. I think there are so many other opportunities for them besides basketball.”

Coach Starks is a living legend who remains proud of her famous golf team and, as she has publicly said, proud of what her athletes have accomplished in life:

“For me, it’s always been about helping players to believe in themselves and helping them to learn to do the things it takes to become better players, better fathers, better husbands and better professionals,” says Starks, who retired in 2012 as a professor and chair of TSU’s Department of Human Performance and Sports Science.

“As a coach, there were times when I was the strategic thinker, listener, motivator and enforcer; I’ve even had to handle some anger management situations,” she adds. “Coaches are teachers, and when you have a passion for coaching, it carries you forward with each team you work with.”